A team of engineers together with a group of freedivers presented to the international community an unique device for diving – Lobster! At the end of June in Turku (Finland), which hosted the freediving world championship, the team of engineers presented to the public Lobster Neck Weight – the weight system for freediving, which has no analogues in the world. The device has attracted attention of many participants. A pleasant surprise was the fact that some of the participants were able to establish new national records while wearing our new product.

Lobster is a completely new tool for freediving, not similar to the existing analogues. Lobster is not a collar, but a weight system, which can be adjusted by diver’s needed weight. Lobster consists of the main part (2.5 kg) and 5 different segments (100 to 500 grams). The removable sections fixing system, the wide variety of “weights”, as well as the overall anatomic design makes Lobster the most convenient of all devices for diving. 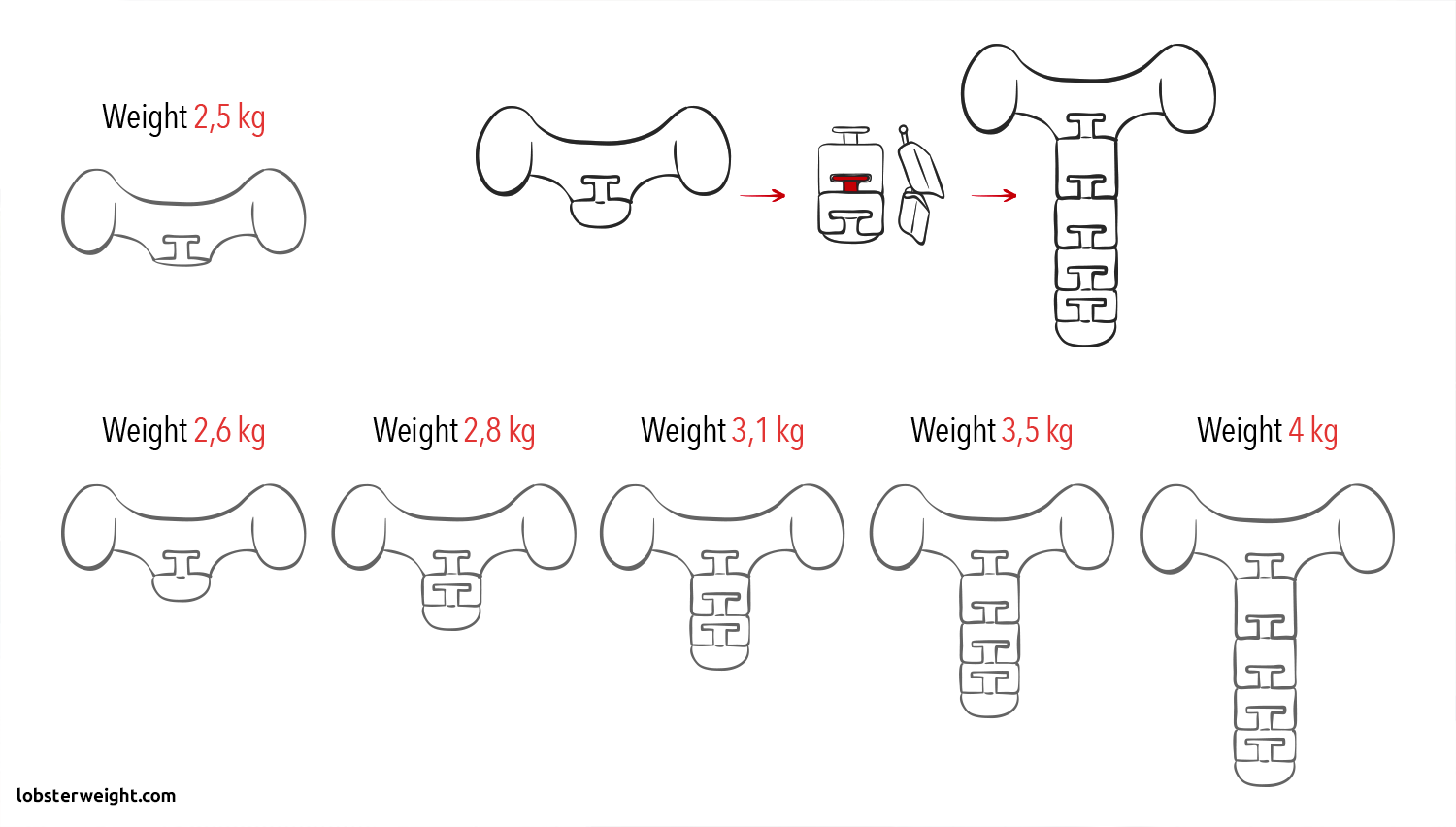 Due to its design features, as well as the placement on the diver’s body, Lobster allows you focusing on doing the exercises. Because the fact that the weight of our system balances the center of buoyancy, located in the lungs, with the diver’s mass center, which is usually located in the atlete’s hips area. In result, swimmer is placed horizontally in the water and is capable to swim longer distances underwater. Why you can’t eat it?

Particular attention should be paid to the form of Lobster. The appearance of Lobster resembles the representative of crustaceans, but in fact, is the second athlete’s spine.

The main part is made in the form of a collar, which is fixed through the girth of the athlete’s neck on the back. The form of  removable sections repeats the athlete’s vertebrae and provides space for spine. Thus, thanks to the special shape and a flexible system of additional sections, Lobster does not hinder swimmer’s movements under the water, and the athlete does not feel a foreign object on his body, while wearing Lobster.

How we tested it?

In the freediving world championship, which took place in Finland, an experimental batch of Lobster has been presented to athletes, who have shown interest in this unusual device. The participants were testing the weight system during their trainings. The freedivers loved Lobster so much, that everyone, to whom it was presented, has decided to use it in the competitive part of the championship.

As a result, thanks to our colleagues, and despite the general approval, we have identified some flaws. Right now, we are fixing them. Here are the feedbacks from athletes, who have tested Lobster.

Anette Rafen Ottzen has established a record of Denmark, and then shared her impressions about Lobster: “One thing I noticed about the lobster was that after each dive I forgot to take it off when I came out of the water – it was not until I got home and saw the pictures that I actually realized how long I kept wearing it after my dive – it is so comfortable and that would never happen with my old neck weight (which is off as soon as possible)” Tomomi Suga Hamazaki, who has established the national record of Japan, also commented on our development: “I feel my body is stable, not go up or down. Supporting back is more comfortable than supporting neck. In addition, neck is not pressed compare with normal neck weight, so I do not feel tighten neck. And, shape is quite cute!! I have made 160m PB and NR today DNF!! Thank you so much!!” How can I buy a Lobster?

Now, we have opened the pre-order, so  everyone, who wants to buy Lobster, may post their orders. A month later, an updated version will be ready. You can order the weight-collar from us in the complete set, and additionally you can buy the weights-segments. Currently,Lobster Neck Weight is available in two color versions: black and red.

No tricks, just treats! Lobster Halloween Limited Edition
This Halloween has inspired us to create something special for freedivers, who love this holiday and want something terrrrriblly new!
Are you ready for the gifts?
Starting from today you can get our lovely LOBSTER branded T-Shirt while BUYING any Lobster Neck Weight full set!
Lobster Weight at AIDA Freediving New Zealand Pool Nationals 2021
Lobster Neck Weight continues his sponsorship trip and this time we sponsor AIDA Freediving New Zealand Pool Nationals 2021
0 items added to cart
Continue shopping
View cart
This website uses cookies to ensure you get the best experience on our website.
Learn more