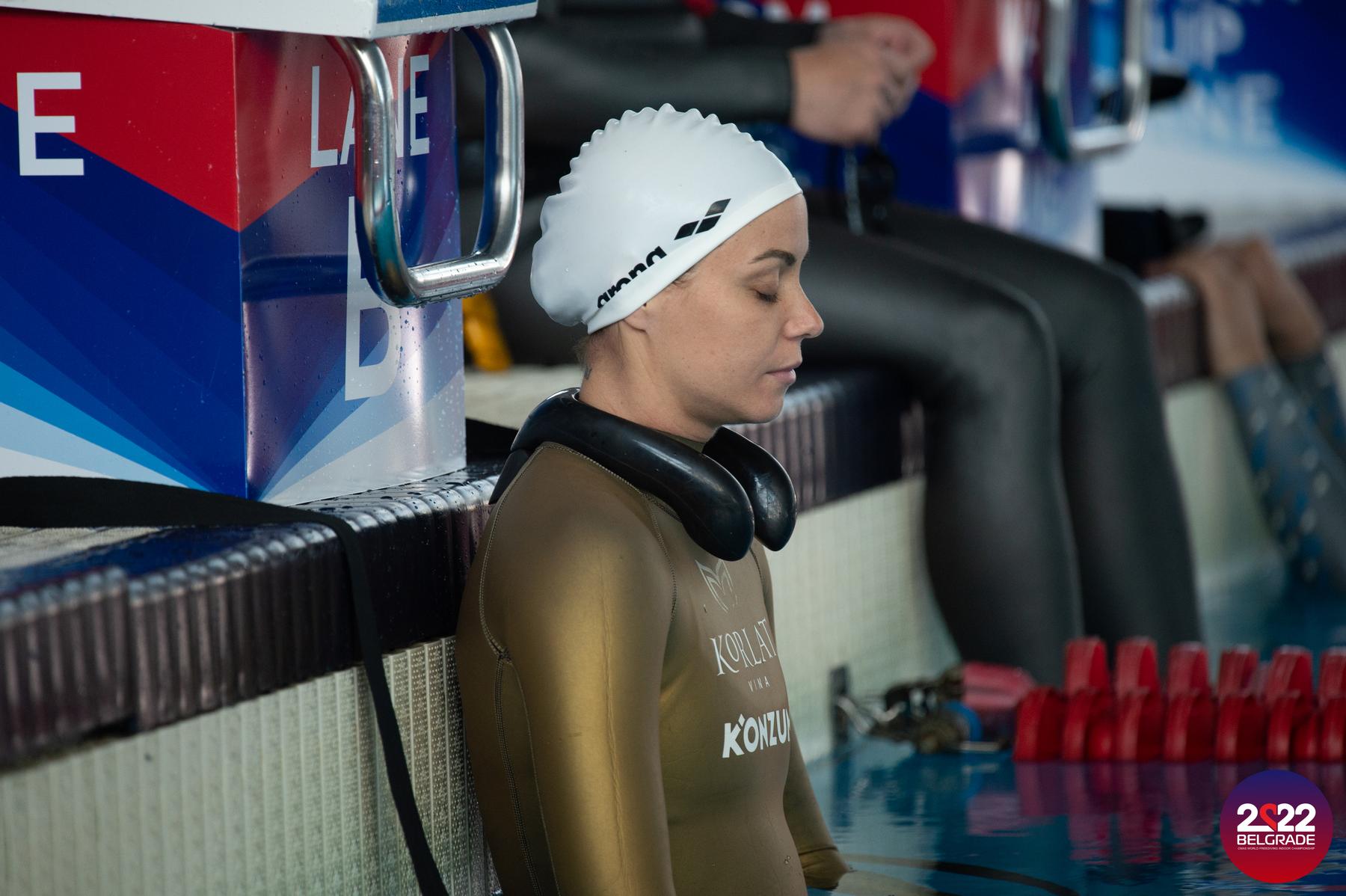 Champions are made, and records are being broken!

Congratulations to our Lobster Weight ambassadors on unbelievable achievements at the start of the CMAS Indoor Freediving World Championship 2022.

Mirela Kardasevic started the tournament earning a silver medal with a 201m dive in the DNF  (no fins) discipline.

Mirela decided not to stop there, and on the second day, she won the Gold Medal becoming a World Champion and establishing a NEW World Record of 250m in the DYN-BF discipline, JUST. LIKE. THAT!

Big congratulations to Mirela, and we will see her back in action on Wednesday.

Magdalena Solich-Talanda took the Silver Medal in the DYN-BF discipline. A 248.7 meters dive!

What an impressive effort, also taking into consideration that it was her debut in the discipline. The work rate is incredible. WHAT A PERFORMANCE!

(Spoilers, there are a lot of them in our Lobster family because they are all the best).

Livia took the Bronze Medal in the DYNAMIC WITH BI-FINS discipline, with a whopping 240-meter dive breaking the Italian National Record.

We are very proud of her, she is a great freediver and even a better person.

Livia is not the only person on our Lobster Weight Team who is breaking National Records.

Congratulations to the most hyped member of our team Nico Guzman!

He broke the Norway National Record in the DYNAMIC WITH BI-FINS discipline for men, with a 175,85 meters dive.

Big congratulations go out to all of the athletes and organizers of the CMAS Indoor Freediving World Championship in Belgrade, so far it's been an amazing tournament, and the best part is that this is just the beginning.

LOBSTER WEIGHT ANNOUNCES PRICE INCREASES
Starting with the 1st of August, the prices on all the Lobster Weight products will increase by 10%.
10%OFF LOBSTER WEIGHT GIFT CERTIFICATE
We are glad to announce that you can make a perfect present for someone you love and who admires freediving as much as you do! Now we have gift certificates available for purchase on our website!
AIDA World Championship Burgas, Bulgaria DAY 2 RESULTS.
Second day of the tournament and we have some NEW WORLD RECORDS.
0 items added to cart
Continue shopping
View cart
This website uses cookies to ensure you get the best experience on our website.
Learn more